I can't get into boot menu on Mac OS

The exact booting procedure differs between Apple hardware models, particularly there are differences between models:

You can see the detailed manual here.

When you get into boot menu, you should see something similar to this screen (graphics style relies on Mac OS version): 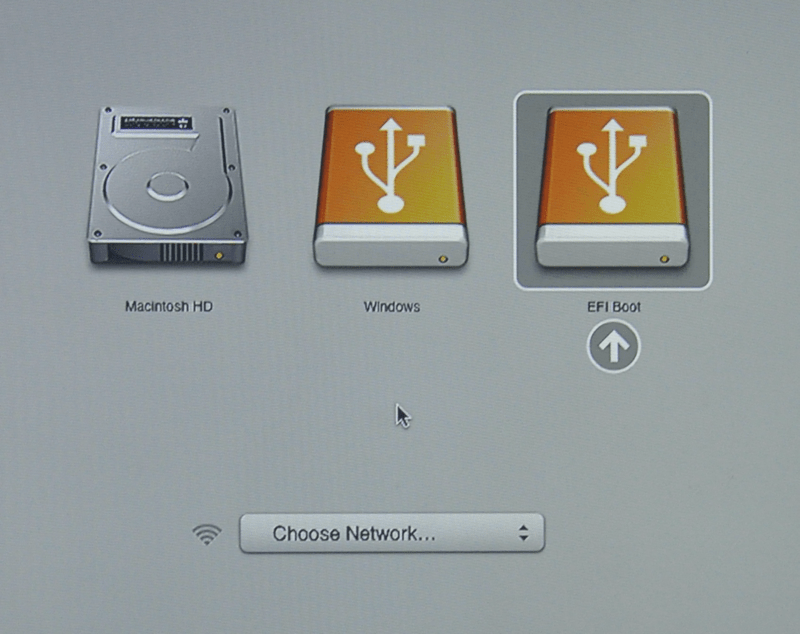 Depending on your Mac version, as well as chosen Kali Linux image, you can see both "Windows" and "EFI Boot" devices (as above), or only "Windows". Both of them should work, but your primary choice should be "EFI Boot", if available (faster, native 64-bit). If not, choose "Windows".

I don't have an Option key on my keyboard

In short, to boot Apple device from USB, you need to start it, pressing either left Alt on your PC USB keyboard, or Option on the built-in keyboard (if it's a Macbook).

Being in IT security business for almost 25 years, I realized, that breaking protections (or preventing it) is becoming less and less important. We are not living in Outlook Express times anymore...
The key point is the ability to keep the privileges permanent, once obtained. This becomes more and more difficult, as IT systems get more and more complicated - and this is exactly the goal of Drive Badger project: to give non-ITSEC people the ability to keep either the privileges, or the outcome of the successful break-in.